Recently, I had the opportunity to participate in the VTC 2016 Spring event in Nanjing China http://www.ieeevtc.org/vtc2016spring/. I had not been to a VTC meeting since 2008 so my expectations were high!

However, in contrast to the city of Nanjing, the former Chinese capital with a history of more than 5000 years, there was not much to be excited about at the conference. To be honest I believe that IEEE and VTC needs to think about how to select papers in the future.

My criticism is based on three observations:

1. In engineering academic research is mainly about producing graduates – not technical results. However, it would be good if papers at least had something to contribute to the industry.

One example: at this conference there were 9 sessions about MIMO, in total 45 papers. I could be mistaken but as far as I understand, no one presented any measurements. Instead they present simulations based on assumptions that I, in several cases, am very skeptical to, e.g. perfect CSI…

2. Reading through the list of references, I find that in most of the papers, no reference is older than 5 years and very rarely is any reference to any study conducted outside the authors own lab. Maybe it is because my own 1997 paper on beamforming was completely missing, but I do beleive that there has been some work done particularly on multiple antennas allready some 20 years ago..

3. After sitting through numerous technical sessions presenting irrelevant results related to non realistic scenarios, my expectations were high for the Panels! How wrong I was:

In the “High Mobility Communications” Panel, the panellists discussed connectivity to high speed trains and showed a most remarkable ignorance regarding technologies and suppliers of curent systems in us in Europe, Middle East, North and South America.

I do hope that it will take less than 8 years before I participate in VTC again! Hopefully, I will then be able to report something exciting! 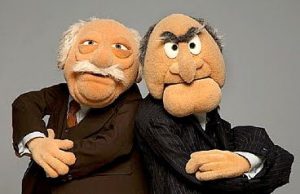