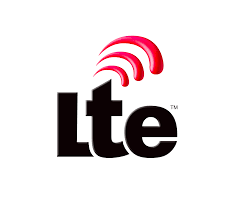 Quite some effort is now being put in moving LTE also into unlicensed spectrum. One reason is of course the large chunks of spectrum where the big competitor in short-range indoor and hot-spot market, WiFi,  is now ruling alone.  The other is that the mobile industry has  a solution .. now where can they apply it?  Now several studies are being presented to show how “polite” LTE-U is to existing WiFi (“you won’t feel a thing”).  You can probably debate this quite a lot, but the two concepts are fundamentally different: LTE (as any cellular system) is  designed to withstand a lot of interference operating in a “reuse-1” environment, whereas WiFi is designed for carrier sensing that creates clear channels, promoting short transmissions at very high data rates. The debate if the sharing is “fair” or not aside, the reason why I not believe that LTE-U will make it, is not because the technology is bad (on the contrary, LTE-U could probably provide more capacity!), but because of simple, common sense business reasons.

LTE-U and all the network assisted spectrum sharing  is a brilliant idea from the public operator perspective. With LTE-U the operators want to claim part of the unlicensed spectrum for their technology,  thereby attempting to limit the competition from WiFi . They aim at introducing  their business model into the indoor short range setting where WiFi is already dominant.  The current operator business model is based on “owning” the spectrum and “owning” the customer through the SIM card, which works outdoor because the customer has no choice.

Now indoor,  it’s a completely different ballgame: the operator’s spectrum exclusivity is gone, and what now really matters is getting access to the physical space where the network is to be deployed. The facility manager is in the driver seat, not the operator.  Mostly the building owner has already made the largest investment, i.e. the wired infrastructure and he pays the electricity bill.  Now why in the world would I  let one of the operators deploy their access points in my building for the benefit of only their customers How should my guests and customers in my building get access ? I can hardly let 3 or 4 operators deploy their networks in my building. The only few places where there may be a reason, is where there are very, very high capacity demands. But would you include a new air interface in your smartphone or tablet for those few cases ?

The other reason is  that  WiFi enabled equipment is already dominating the short-range scene. The incentives for vendors of computer, tablet  and other equipment to include LTE-U in their equipment is small and for facility owners even negative – why do I  need additional complexity, operator control and a SIM card for a system that basically does the same thing as WiFi ?  Even if there is only a mere suspicion that LTE-U may limit the capacity for the large bulk of WiFi devices – facility owners will resist deployment.

I think the main problem is that the public operator model is not suited for indoor deployment – regardless of technology .  Shared infrastructure is the natural solution indoors, and  as long as the operators resist this concept,  non-operator deployed WiFi will increase its share of this market – not because WiFi is technically superior but because  in WiFi, infrastructure sharing has never been an issue. So, in the meantime we will see more professionally deployed and managed WiFi networks – which for most applications provides ample  capacity at a much, much lower price point.

Professor Jens Zander is professor in Radio Communication Systems at the Royal Institute of Technology, Stockholm, Sweden. He has been among the few in Swedens Ny Teknik magazine's annual list of influential people in ICT that have been given the epithet “Mobile Guru”. He is one of the leading researchers in mobile communication and is the Scientific director of the industry/academia collaboration center Wireless@KTH. His research group focuses on three main areas – the efficient and scalable use of the radio frequency spectrum, economic aspects of mobile systems and application and energy efficiency in future wireless infrastructures.
View all posts by Jens Zander →
This entry was posted in Business, Spectrum, Systems. Bookmark the permalink.