Revenue sharing – the beginning of the end of the neutral internet ? 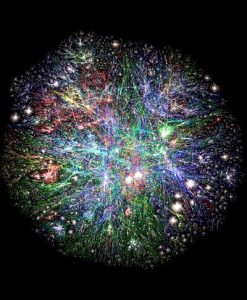 Amsterdam based russian mobile operator Vimpelcom announced recently that the are embarking on a new path where instead of charging their subscribers for data plans, the content providers would foot the bill. This comes at a time when a debate on “zero rating” (“toll-free services”, “sponsored connectivity”) is already in full swing.  “Zero-rating” is the practice of letting ordinary subscribers with regular data plans, access certain content, e.g. social media, music streaming, etc. for “free”, i.e. without letting this consumption affect the monthly “GB-bucket”. European Regulators and proponents of net neutrality already here see a problem, that by giving the paying content providers preferential access, there is concern it may put the vast number of other services (including the competitors of the paying content providers) at a disadvantage by providing less bandwidth and poorer service.  It is easy to understand the MNO:s – this is there way out of the low-end “bitpipe-provision swamp”.  The proponents claim that this is nothing new, the MNO:s have been providing QoS -enhancements to paying content provider already in the past (e.g. online-gaming and video streaming services).  The “jury is still out” in the EU-commission and in regulatory circles, if in fac zero-rating is compatible with net neutrality.

Vimpelcom now takes this concept to a higher level. Instead of selling data and voice calls the plan is to offer a single, app-based platform where users can communicate for free. Instead the MNO will revenue share through partnerships with recognized Internet names, such as Uber. In addition Vimpelcom wants to mine client data to target new services, e-g. location and user behaviour based services.  Vimpelcom has been testing a zero-rated mobile voice, video and text messaging app, Veon, together with regular subscriptions, but the step to free subscription still seems quite significant.

“Rather than depending on shrinking monthly access fees from its customers, Vimpelcom covets the higher growth that comes from competing for a bigger share of the $200-$300 per month a consumer can spend on Internet services on their phones – on things like transport, music or meal delivery”, Reuters tech-writers  Anthony Deutsch and Eric Auchard conclude.  Even though this probably is a wise move in the long run and gaining a  “first-mover” advantage, an  abrupt change of business model is still seems to be a high risky endeavor.

Is this a blow to net neutrality or the “open” internet ?  Well,  it depends.  Looking at the analogy of physical transports we have had this situation for a long time.  We can either pay for having packages containing goods sent to using the mail service, or we can go to a store and buy those goods. In the latter case the transportation of the goods to the store will be included in the price of the merchandise.  Here we have neutrality, the price or availability of the mail service is not affected by the transport of goods to the store. There is capacity enough on roads and rail and the two modes of transport do not really need to compete for resources.  In the case of your internet connection the situation may be different. The paying content providers may let the operators reserve a large fraction of the bandwidth for their high-quality services, which means that their current and future competitors will have less bandwidth and less chances of providing competing services. In particular this is a problem for resource-demanding services, like high quality video that may consume a significant part of the bandwidth provided to the end-user. The more bandwidth the user has access to (e.g. fiber to the home), the less of a problem this will be.
Current regulation and EU-directives talk about that net neutrality should be preserved but give no clear and quantitative answer here, unfortunately. How large part of the bandwith can be sponsored ? When will it affect the quality of “free services”.  Do I have to pay a separate fee for these service (like in the post office example), creating a two-tier internet ?

Professor Jens Zander is professor in Radio Communication Systems at the Royal Institute of Technology, Stockholm, Sweden. He has been among the few in Swedens Ny Teknik magazine's annual list of influential people in ICT that have been given the epithet “Mobile Guru”. He is one of the leading researchers in mobile communication and is the Scientific director of the industry/academia collaboration center Wireless@KTH. His research group focuses on three main areas – the efficient and scalable use of the radio frequency spectrum, economic aspects of mobile systems and application and energy efficiency in future wireless infrastructures.
View all posts by Jens Zander →
This entry was posted in Business, User behavior and tagged business model, Network neutrality. Bookmark the permalink.